WHAT IS A FULL MOON?

The Full Moon is the climax of the lunar month that corresponds with the transitions from youth to maturity in the life cycles, ovulation in the menstrual cycles and the culmination of the Summer season with the Solstice.  This Moon phase is considered Yang, meaning a time to take action—it’s a masculine energy.  When we have a Full Moon, the Sun and Moon are opposite.  The Moon acts like a mirror and reflects the Sun’s light onto Earth.  Metaphorically speaking, this is operating like a lighthouse and showing us the path we must take to continue on with our New Moon intentions.  We’ll start to figure out what has worked and what didn’t work from the past two weeks, and our next steps will become very obvious.  This will usually manifest as things to release that aren’t in alignment with our goals for this particular Moon Cycle.  It doesn’t matter if we set intentions or not, we’ll be feeling called to let go of a lot of shit right now.  This could be material things, relationships, toxic behavior patterns, or even unconscious thoughts that aren’t serving our highest good.  So be open to the process, because it’ll happen any way.

Since the Moon is in the sign of Leo, we’ll feel called to extricate a variety of things and if we’re lucky, it’ll be a conglomeration of crap we’ve been clinging on to.  Do not work against this, as it’ll only make it THAT much harder for you.

With Leo and Aquarius involved in this tug o’ war, we may react in an excessively theatrical manner.  We might find ourselves acting out of character and expressing our feelings more than usually, and saying things that we normally wouldn’t.  While I’m not condoning this behavior, it’ll be completely normal if you’re sensitive to the Moon or have personal planets being affected by the Luminaries (Sun & Moon).  In general, it’ll be a difficult time for Taurus, Cancer, Virgo, Scorpio, Capricorn and Pisces—REMEMBER, THIS IS YOUR SIDEREAL SIGN!

Everyone associates Leo with drama and there’s a reason for that.  They’re bigger than life and demand to be seen, because their ruling planet is the Sun.  We’ve all learned in school that it’s the biggest star—the centrum or focal point—in our constellation.  Everyone sees it on a day-to-day basis, we all know about it, it’s hard to miss.  A lot of people don’t realize it but most religions are a form of solar worship, because the Sun which represents so much, our consciousness, Jesus, the ego, how we are seen by others, and who we are as an individuals.  So there is a sense of entitlement or regality that correlates with Leo.

Leo energy will take charge because it’s confident and determined.  It’s also very generous—because the Sun is always giving us it’s energy, it is creative and very expressive or extravagant, and not the most mature at times.  When a Leo dominant native does things, it’s always with flair.  Their biggest strength lies in their over-the-top creativity because they’re artists or exhibitionists who thrive in the spotlight and being appreciated by their peers.

SIDEBAR:  I recently heard another Sidereal Astrologist claim that Leo is not about drama, and that is a trait associated with Taurus.  I find that hard to believe.  Compare the rulers of these signs, the Sun and Venus.  I can see how females can be a bit dramatic and want to be seen but Astrologically speaking, Venus is a tiny dot in our sky that not many people even know how to locate.  Yet everyone can find the Sun.  Now compare what symbolizes the two signs, a Lion and a Bull, it’s a no-brainer.  Bulls aren’t attention seeking like Lions, they’re in their pasture minding their business eating grass.  They can’t be bothered and they’re hard working.  The saying “work hard like a bull” was coined for a reason.  There’s also no mistake in calling Lions the “King of the Jungle” and watch their mannerisms, “pride of a lion.”  So if you ever hear someone saying that Leo isn’t dramatic, they’re doing way too much to create a separation between Sidereal and Tropical Astrology (what most know as Western Astrology).  Pay attention to how you’re feeling for the next fortnight and you decide what resonates for you.

Love yourself enough to let go of anything not aligning with you or for your highest good.  It’s should be conspicuous, and the only thing that’ll get in your way will be yourself.  If you don’t like how you feel when you’re around certain people, send them off with blessings.  If you’re in a situation that triggers you, remove yourself.  If you’re sick of all the clutter, donate your crap.  If you’re tired of being lazy, get rid of the excuses.  You get the point.

Be humble, don’t allow yourself to let your ego get the best of you.  Treat people fairly and don’t be so vain or arrogant. When you end relationships, you don’t have to tell them how they’re wrong—I’ve recently learned this. I should’ve just kept it moving, so please learn from my mistake.  It cultivated a lot of hatred in me that I’m still working on releasing, so thank God for this Full Moon.  Lord knows I need this right now!  Don’t allow yourself to come off as catty and self-righteous.  Poking fun at another person’s faults just to make yourself feel good or look cool to others, isn’t going to help you at all.  Trust me!  You’ll just be racking up more karmic points you’ll have to deal with later.

If you’re making time to channel your creativity, you should be able to counter act the unfavorable traits of this energy.  So indulge yourself in being artistic and expressing yourself in a way that is constructive.

During this transit, intense subconscious feelings and emotions can be relieved by applying yourself to creative activities.  In general, this aspect gives off a courageous and high vibey energy where you will have a quick nurturing response—which can turn into an unhealthy defense mechanism.  Do more than just what is physically required whenever you can.  If necessary, be willing to compromise your desires by making adjustments in regards to aspects activated in your chart (see below).  Work on relating to others so you don’t end up chastising them. If you become a victim of another person’s criticism, DON’T TAKE THE BAIT AND REACT!  This transit gives us all recuperative powers, lick your wounds, cut them off if need be, and move the fuck on.  In all honesty, you probably should konmari that person because you don’t need that type of negativity in your life.  The Full Moon in Leo says “I love myself enough to know when to let go of shit that isn’t improving my condition.”

The sky is divided up into 27 regions that contain fixed stars groups which have an affect on the Moon, in Vedic Astrology it’s called a Nakshatra or a lunar mansion.

This Full Moon will be influenced by Maghā or Regulus—the brightest start in Leo. This is symbolized by a throne and linked with the Pitris or ancestors.  Pitri are ancestral spirits or divinities that look out for us, they guide souls from life into the next, and I think it’s important to understand the afterlife in order to understand the significance of this fixed star influence.

When we die, there is a lot of confusion because everything that we identified with in the physical life will be disconnected.  Our astral/subtle energy body (mental energy of body) is pulled out of the physical body and retains the shape that was cultivated in the previous body.  Divinities will help us during this time, and will appear as someone that we recognize from that particular life, someone familiar.  They take you to their realm (Pitru Lowa), which is where you will find Yama sitting on his throne of judgement. Yama is believed to be the god of death (but he isn’t a Pitri, he’s the lord of them) because he was the first mortal who died and now rules this realm where the ancestors reside, Pitru Lowa; which is said to be between heaven and the earth. This god is seen as the final judge, not to be confused as a punisher or something wicked. He’s in a lot of Eastern religions in Japan, China, and Iran to name a few.

With that said, this fixed star signifies the inherited power—or misfortune—from our ancestors.  These are the things that came before you, that influence you right now (in this life), and can be seen as karmic patterns or what you inherited from previous lifetimes that you are probably not aware of.

A READING FOR ALL MOON SIGNS!

HOW THIS WILL AFFECT YOU

In order to get an accurate interpretation of how this will influence you based on your birth chart, you must know your Sidereal MOON sign.  You can shoot me $5 via cashapp ($hoelistic) or venmo (sahakehau).  Just make sure you have your birth date, time and location handy.  If your Sidereal Moon Sign is more than 6° then you will read the house below the one listed.  For example a Leo at 24° will have their 12th House activated instead of their 1st House.  A Pisces at 20° or above will have their 5th House activated instead of the 6th House.

If you have a good understanding or want to challenge yourself, look up your Rising Sign as well.

SELF IMAGE: The Self, Your Personality and Appearance, Your Personal Views on Life, Self Identity, Self Image, Beginnings, How you Initiate, Physical Body

MATERIAL WORLD: Possessions, Money, Stability, Values, Hidden Talents, Sense of Self-Worth, Self-Esteem and How You Value Yourself, Financial Gains, How You Spend Your Own Money, Livelihood, Material Circumstances

Lost in that Cosmic Pussy 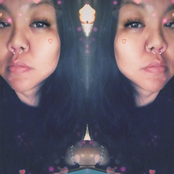